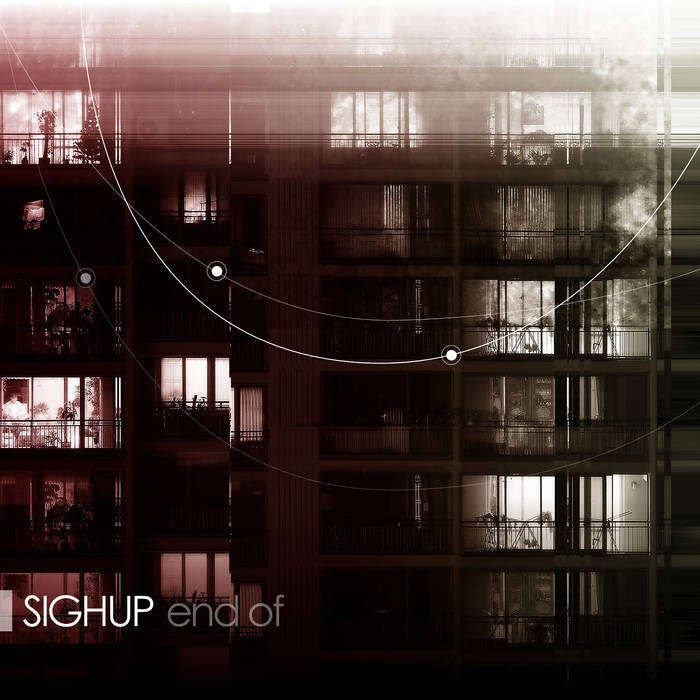 The five parts that comprise "end of" were developed from material collected for a series of live SIGHUP performances held in Toronto in 2007 and 2008.

This recording uses excerpts from the 1904 Edison cylinder recording of "Here, there and everywhere" as performed by the British Military Band and the 1914 Edison cylinder recording of "In the heart of the city that has no heart" as performed by Irving Gillette and Ada Jones (both recordings are public domain, taken from 24-bit transfers made by the Cylinder Preservation and Digitization Project at University of California, Santa Barbara).

Bandcamp Daily  your guide to the world of Bandcamp